Everything Old is New Again

deb@debellsworth.com Posted on November 1, 2018 Posted in Parenting No Comments 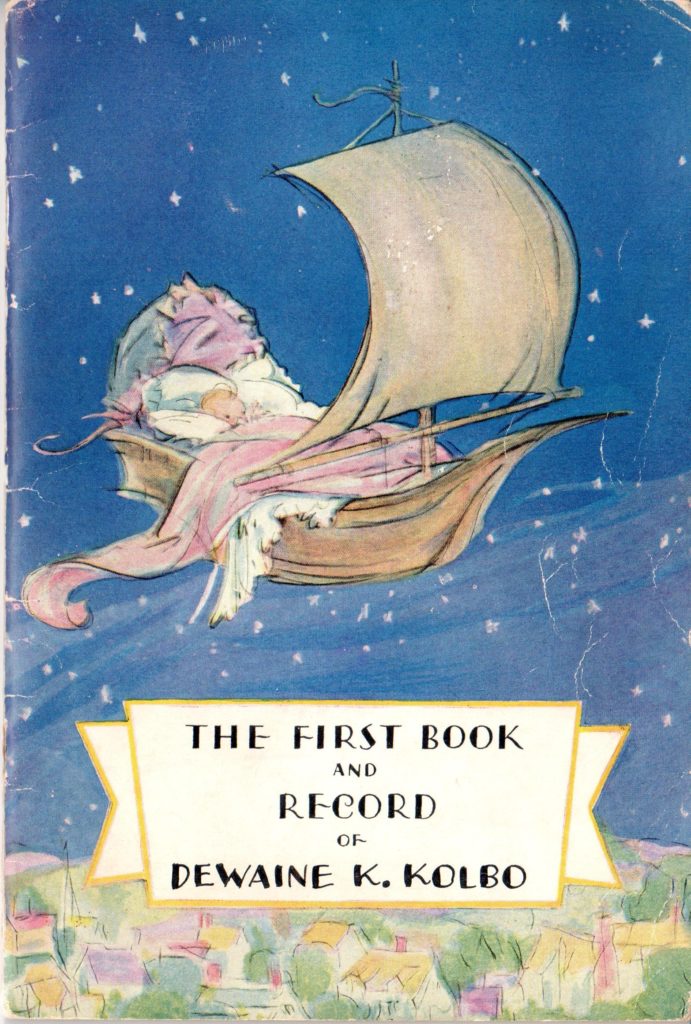 Deb’s 90-year-old father was cleaning out his files recently, preparatory to moving to a small apartment. One of the things he gave her was his “baby book”–in this case, a free booklet compliments of Borden’s Farm Products Co. What a delightful find from nearly a century ago!

There were seventeen pages of parenting advice at the end of the booklet. I expected to read a lot of very old-fashioned advice, but instead was pleasantly surprised to find that much of it could have come from the pages of Your Amazing Preschooler. The language was charmingly old-fashioned in parts, but the advice was often spot-on!

For example, there was a section on Play, which emphasized the importance of play. “The idea of Play, which occupies so many of the long hours of childhood, has changed radically during the last few years…. It is through this spontaneous activity that a child develops the use of his hands, his mind and his emotions, thus laying the foundation for his life work of later years.” And, “students of childhood urge us not to interrupt a child’s play needlessly. And when he must leave for some good reason give him a few minutes warning so that he can bring his small affairs to a stopping place just as you would wish to do with your own activities.” We put that same advice in Your Amazing Preschooler.

The booklet urges parents to give their child open-ended toys rather than toys that can only be played with one way. “We know now that the child who has every possible toy lavished upon him–life-like dolls, elaborate electric machines, wonderful woolly animals almost life size–is not necessarily a fortunate child. For by giving a child playthings that are complete in themselves we rob him of his right to put things together and make things according to his own ideas and wishes.” The booklet recommends blocks as the best toy, and we would have to agree. Although, unfortunately, many toys have gotten even more constraining–think video  games and electronic toys that only do one thing when the child turns them on. Dolls and stuffed animals are actually pretty good toys that can be played with in lots of ways, and through which a child can express their growing social awareness.

The section on Discipline is also surprisingly modern. It opens by telling us “Spare the rod and spoil the child is no longer believed.” Instead, it suggests such things as “give commands to the child in the affirmative rather than the negative–saying Do this rather than Don’t do this.” Which is exactly how preschool teachers phrase their class rules and instructions to children!

The booklet goes on to suggest that parents make sure they have their child’s attention when they need to make a request, and then “make it plain and expect obedience.” It also points out that consistency is crucial, which we also say in Your Amazing Preschooler. As they put it, “You must be consistent, fair and cool-headed in your efforts to secure obedience and when you make promises or give threats remember them and carry them out accordingly, lest your child lose confidence in you.” And what about tantrums? “Usually the best treatment for such scenes is to completely ignore the vigorous young actor.”

This charming booklet from 1927 concludes with this: “Give children the first instructions in manners and courtesy, which will help them be graceful members of society later on. By seven a boy should take his hat off as a matter of course–a girl say ‘Thank you” for any kindness. And what an engaging, interesting little being this young citizen will be! What a beautiful promise of the man or woman who is to be!”

So, how about that? Almost 100 years ago, parents were being urged to appreciate their young children and to enhance their development into the Amazing People they naturally were!