We are the “Investigators” 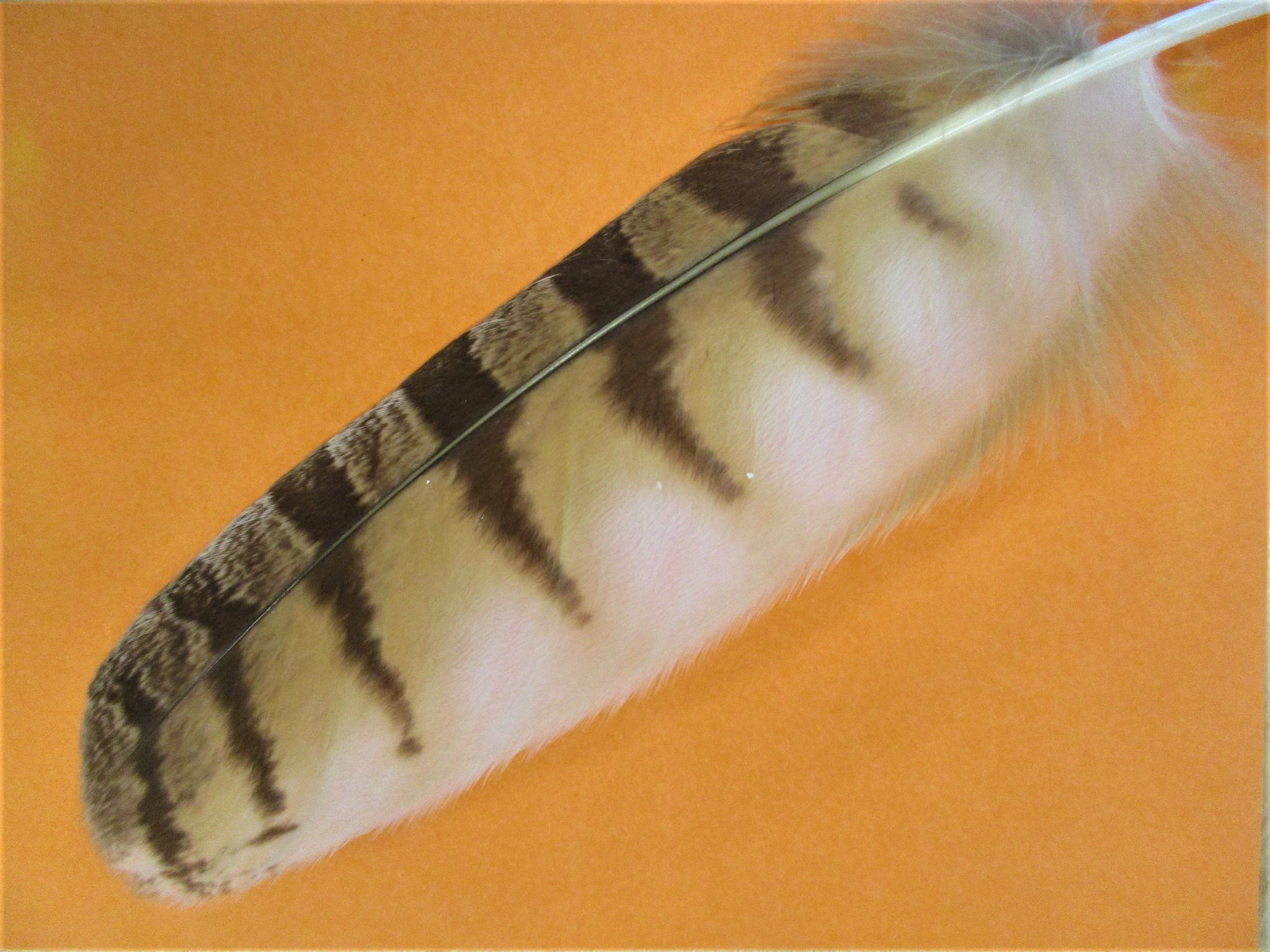 We had a serendipitous start to our school year! This is a story from two multi-age classrooms of two-and-a-half to four-and-a-half-year-olds from our second week of school!

Living here in the desert, I have been lamenting that we have access to a very limited repertoire of “nature” for the students to explore on our playground, especially once you fence out the things that can poke you or harm you in the desert. However, nature – and curious preschoolers — is proving me wrong.

On Monday, Ms. Lisa’s class across the hall found a large owl feather and a large owl pellet (a regurgitated brown object resembling, yes, “poop”) on the playground. She knew that some of my students had been collecting little “treasures” in the grass that morning, including beads, seeds, tiny colorful pebbles, and feathers. So she brought the large feather and the pellet in to our room for us to see (with the pellet safely inside a zipped plastic bag). 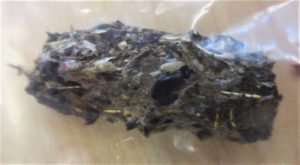 At that point, none of us knew what the feather and pellet were from, so students from both of our classes got started on an investigation to find out. (All were interested, but just five or six in each class really stuck with the research.) 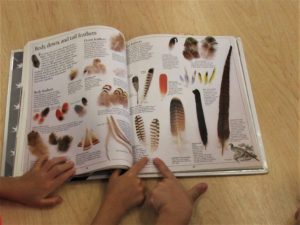 I took my group to the school library where they quickly found two books with pictures looking exactly like our feather. They were from a Barn Owl!  In one book* they also discovered a two-page spread of photos showing owl pellets and the bones, fur, and bits of feather that might be found within them.

Ms. Lisa invited us to examine the feather with a small hand-held 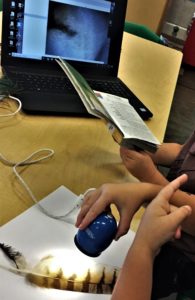 electronic microscope connected to her computer screen (I must get one of those!), and then she suggested we go to the Science Lab to see if the Science teacher had tools for dissecting the owl pellet. Everyone joined us; the Science teacher was surprised and impressed with the find; and she loaned us some tools.

On Wednesday, Ms. Lisa carefully pulled apart the owl pellet and placed all the tiny bits of bone, feather, and fur on a tray while we all watched and tried to determine what animals the owl had eaten. 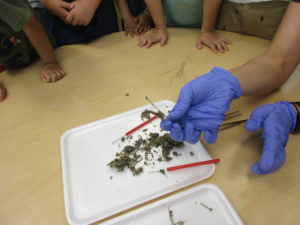 Some students suggested “dinosaur,” “dog,” and “squid,” but after they agreed the bones were very small, they concluded: “so not a dinosaur,” and “it can’t be a squid.” The next guesses were “a bird,” and “a very small mouse.” 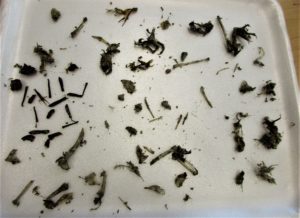 We magnified the bits and pieces and compared them to the pictures in the book. There were many different kinds of bones, including what appeared to be the bones of two small bird feet! The dark, shiny slivers looked like insect wings or legs. The owl had apparently dined on a bird, some bugs, AND maybe a rodent! 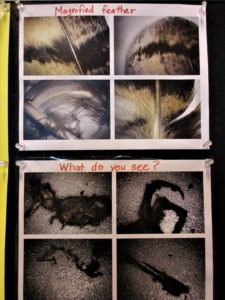 We printed out photos of the investigation and research and made a poster to document the whole event.

Our class voted on their class name … and decided to be the INVESTIGATORS.

Students, parents and teachers were delighted.  This was week TWO … I wonder what the rest of the year has in store!